CHAMPAIGN, IL – July 19, 2022 – On May 19, 2022, Hinetics welcomed representatives from the National Aeronautics and Space Administration (NASA) to tour its headquarters, located in the University of Illinois at Urbana-Champaign’s Research Park, and to observe both the motor assembly processes and load tests on a 300 kW demonstrator motor.

The main purpose of the visit was for Hinetics’ Small Business Innovation Research Grant (SBIR) Phase II project’s Technical Monitor, Andy Provenza of the NASA Glenn Research Center, to witness progress on the validation of its 300 kW direct-drive motor prototype. The NASA team was also provided an update on the fabrication of a full-scale 1 MW direct-drive motor, the third iteration of Hinetics’ slotless machine topology. 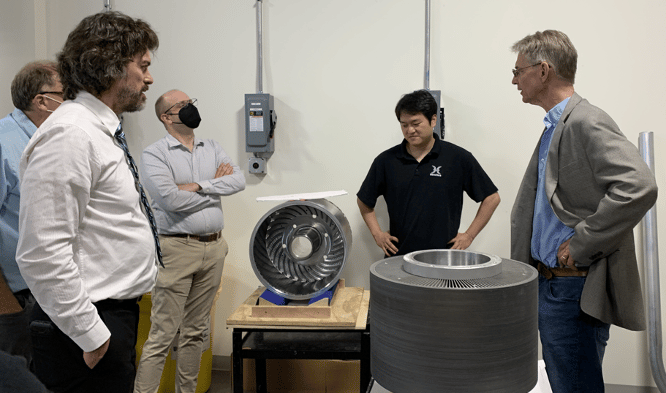 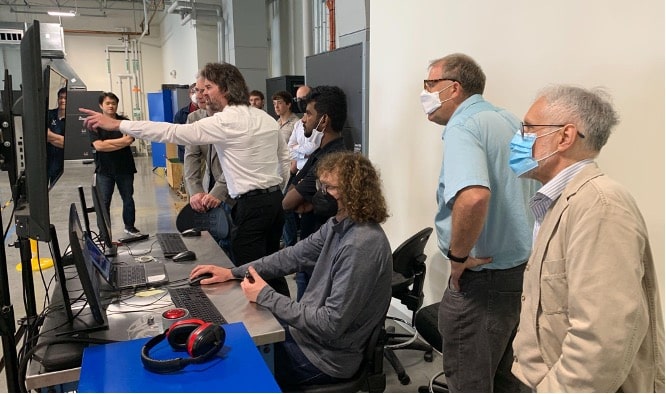 Provenza asking Principal Engineer Thanatheepan (Theepan) Balachandran questions during a test run of the 300 kW prototype motor on the dynamometer.

Full speed tests of the 300 kW prototype motor were completed at the beginning of June. The team received a go-ahead and cost extension in January of this year from NASA Glenn’s Power & Propulsion group to build a 1 MW direct-drive motor and develop it into an integrated propulsor. 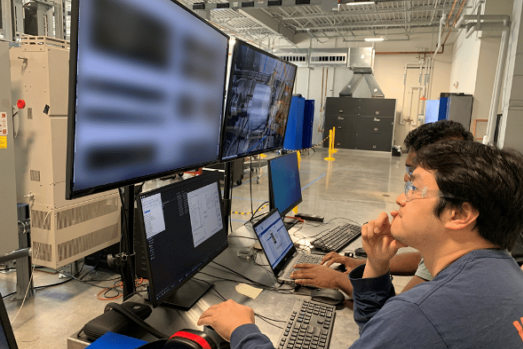 Since its inception in 2017, Hinetics has maintained a fruitful partnership with NASA. It was able to first launch with support from NASA’s Advanced Air Transport Technology Program, allowing it to commercialize technology based on research performed at the University of Illinois at Urbana-Champaign.

“NASA’s AATT program supported the early development that led to our high-power aircraft motors. It’s exciting to share our progress with their representatives. Rapid development cycles and extensive ground testing have been critical to developing reliable high voltage motors. We have come a long way from our initial efforts, with our third-generation motor ready to go on the test stand this summer,” says Dr. Kiruba Haran, Founder and CTO of Hinetics.

The company promises to revolutionize aviation with the production of power-dense and highly efficient electrified powertrains. Hinetics’ success in this endeavor has led to a continuous funding stream from NASA, with a total of eight NASA SBIR grants awarded since 2017 – stemming from just three Phase I projects. With this strategic partnership, Hinetics can continue to make a large-scale impact on the future of clean aviation.

Hinetics is powering the future of aviation. By reinventing the electrical machine, the workhorse of modern civilization, it is ushering in an era of high efficiency (>99%) and high power density (>10 kW/kg) for extreme applications, such as electrified aircraft. With its commitment to minimizing carbon emissions, the start-up has demonstrated groundbreaking work, earning recent funding from several notable organizations including NASA, the United States Air Force, the National Science Foundation, and the Department of Energy. The team at Hinetics is turning the future of clean energy into a reality.